↓ Skip to Main Content
Home › About Us › Mission and Impact

The mission of Crossing Borders Music is to use music to promote the dignity of people from all cultures.

We envision a more harmonious world in which people experience musical and artistic dimensions of world cultures in such a way that influences how they shop, invest, travel, volunteer, do business, and live their day-to-day lives.

We focus on cultures that are poorly understood and often historically marginalized. By sharing music by composers from these cultures, our music tells the stories others are not. In so doing, we challenge stereotypes and preconceptions. Therefore, when we hear audience members say our music defied their expectations or broadened their worldview, we know we’re fulfilling our mission. Indeed, over 95% of our audience members last year reported having found something unexpected, having learned something, and wanting to learn more about the featured culture. 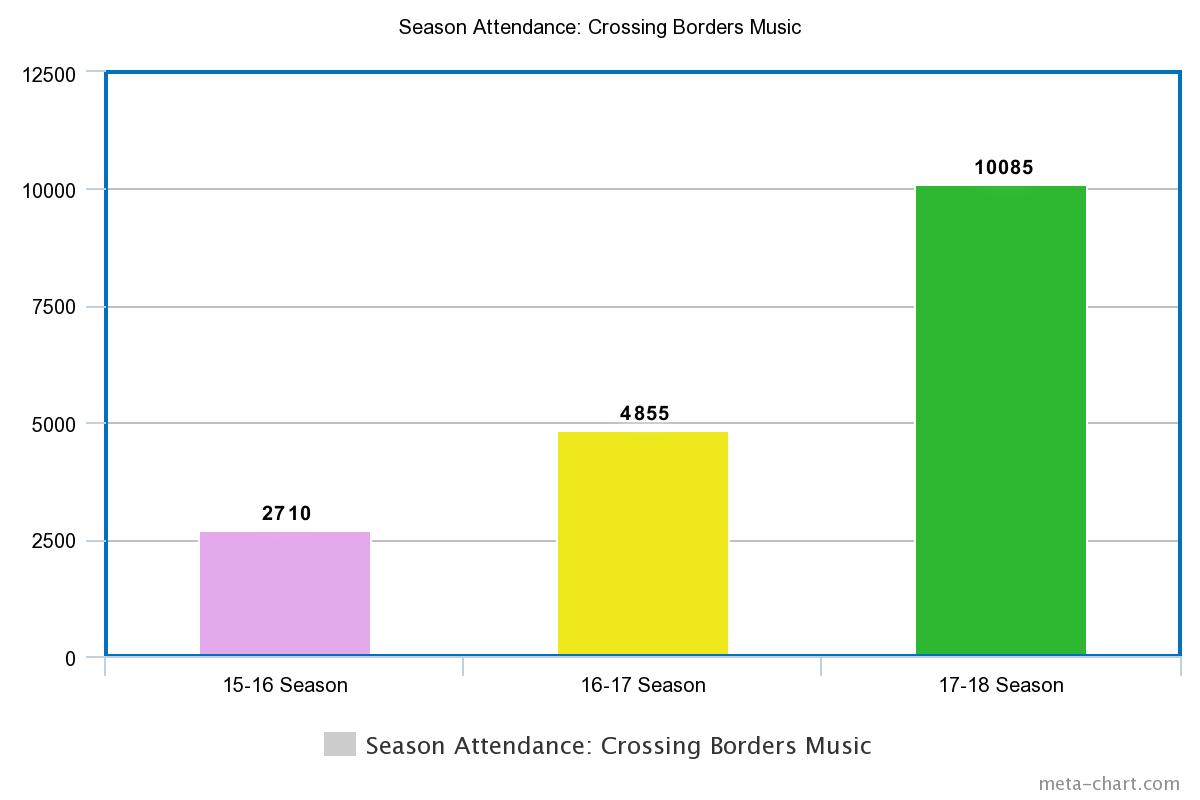