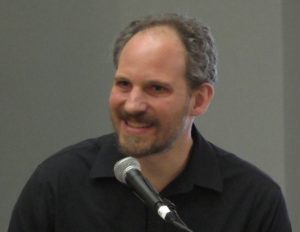 Tom Clowes, Executive Director, founded Crossing Borders Music and served as President of its Board of Directors from 2011 to 2015, at which time he became Executive Director. Previously, Tom served for nine years on the Planning Council of the Midwest UU Summer Assembly, on the Development (Fundraising) Committee of the Tucson Symphony Orchestra, as Board Chair of his local church, and was a founding board member of the non-profit organization Building Leaders Using Music Education – Haiti. Tom has a Masters of Music degree from Roosevelt University’s Chicago College of Performing Arts, where he learned about arts administration from Henry Fogel, a legendary arts administrator who served for many years as Executive Director and President of the Chicago Symphony Orchestra. In the summers, Tom teaches at the Ambassadors Music Institute in Croix-des-Bouquets, Haiti. Conversations he had with Haitians in Haiti after the devastating 2010 earthquake gave shape to the mission of Crossing Borders Music.