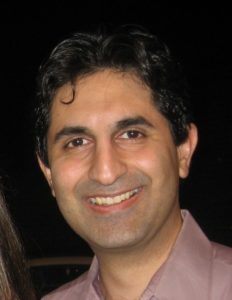 Nikan Milani is an accomplished pianist, composer, conductor, and music instructor. He has studied in London and the United States. His teachers include Haynush Makarian and Eda Shlym. He has performed US piano recitals in Chicago, Phoenix, Los Angeles, New York, Washington, DC, Boston, and in Cambridge at Harvard University. He has also performed in Tehran, Iran, and was also a teacher for Iran’s Bahá’í Institute for Higher Education. Nikan Milan studied Piano and Composition at The Longy School of Music. When not composing, performing, or teaching, Nikan conducts a choir. Being extremely well-rounded enables Nikan to be a phenomenal music instructor.

Below, here Nikan’s Scherzo performed live by Jana Pavlovska at a Crossing Borders Music performance of “Celebrating Resilience: Music from the Unvanquished Bahá’í University of Iran.” The piece is dedicated both to his friends with whom he taught at the Bahá’í Institute for Higher Education who are now in prison, and to the birth of his friends’ child.