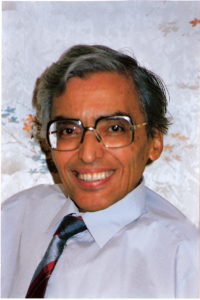 Gamal Abdel-Rahim (1924-1988) was a pioneer of classical composition in the Arab world. Abdel-Rahim studied music composition for six years in Germany with Harald Genzmer. Upon returning to his native Egypt, he taught at the Cairo Conservatoire, where he founded the Composition Department, the first of its kind in the entire Arab world. In his music, he uses Arab rhythms, melodies, and maqamat (modes), including those with “microtonal” intervals – notes not found on a Western keyboard. Abdel-Rahim also enjoyed innovating new harmonies based on those modes. In applying these Middle Eastern elements with Western composition techniques, he created a unique musical language and paved the way for subsequent generations of Arab composers.